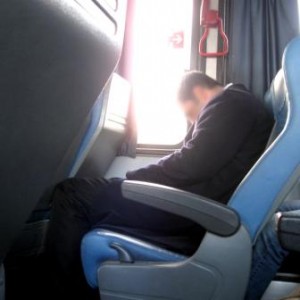 GS is named after a French Dr (Gastroenterologist), and it’s sometimes called ‘Unconjugated hyperbilirubinaemia’.
GS is thought by some scientists to be inherited and it is caused by a mutated gene*: uridine-diphosphate  - glucuronosyltransferase, which leaves those affected with less of the related enzyme (called UGT for short).  An enzyme is a chemical substance in your body that causes a chemical reaction to happen. Lack of this particular enzyme, UGT, is the key to what happens in our body and results in the symptoms we can experience:

Jaundice –
Red blood cells release ‘bilirubin’ into the bloodstream, which the liver should pick up and convert to bile, and then flush from the body. In GS, without the enzyme needed to do this properly, the bilirubin builds up and and can make you look yellow.  It’s also key in diagnosing GS, through blood tests which identify fluctuating levels of bilirubin in the blood. GS is also known by this symptom as Unconjugated hyperbilirubinaemia.

Toxic reactions –
Parts of the liver, called the ‘Phase II’ pathways, process certain toxins, for example: pollution; chemical fumes; and chemicals in some drugs.  This process, called glucuronidation, has been reported to be 31% slower in the typical person with GS.  Numerous studies have shown various drugs are processed less well by people with GS.

Many of the resulting symptoms of our liver’s reduced ability to do the cleaning it’s designed to – jaundice, nausea, fatigue, shakiness, bowel complaints, vomiting, ‘brain-fog’ or difficulty concentrating, are experienced in varying degrees by those with GS.

It seems that certain activities may make these symptoms worse, by placing further stress upon the liver.  Missing meals, lack of sleep, vigorous exercise, illness and stress can all bring on the symptoms.

Most important in keeping your liver functioning as well as possible is maintaining stable blood sugar levels.  This is because the enzyme we don’t have much of uses sugar to help get rid of the toxins it is supposed to deal with.  We can also fool the liver into making more of the enzyme by eating certain foods and diet plays an important part in managing GS.

At present there isn’t a clear link between all the processes involved, or even that GS is actually hereditary.  AGS hopes that, through funding research and creating a higher profile for GS, we can better understand and treat the symptoms of Gilbert’s Syndrome.
* GS is a ‘recessive’ disorder, meaning that you need to have two copies of the abnormal gene (one from each parent) to acquire it. People who inherit the same mutated gene from both their parents are termed ‘homozygote’. Even so, having two abnormal genes does not necessarily mean that you will go on to develop GS.

Although it is not understood why, some people with only a single abnormal gene (‘heterozygotes’) have higher than usual levels of unconjugated bilirubin but do not have GS.

25 thoughts on “What is Gilbert’s Syndrome?”